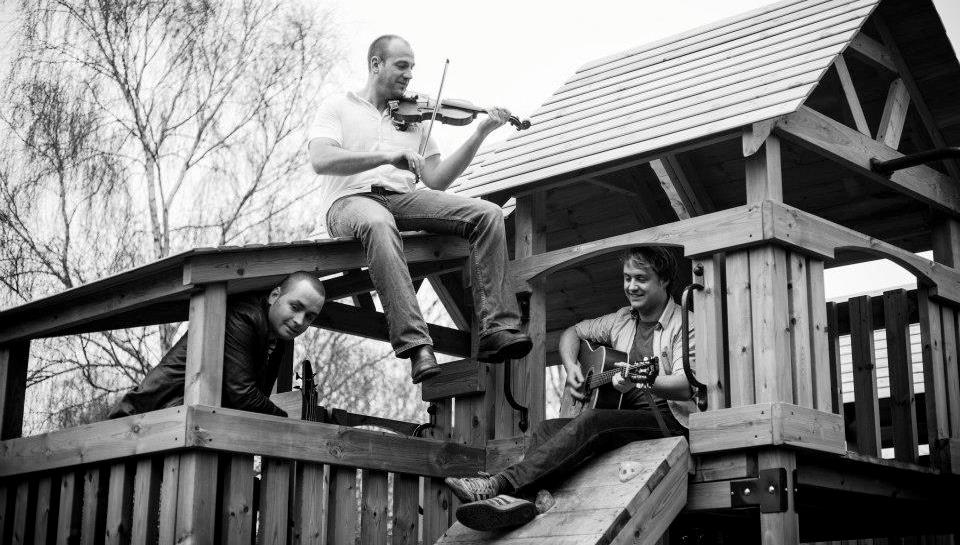 Thinker are a folk-indy band from England, who play original music with traditional influences and modern sentiments.  Formed by songwriter Charlie Bateman and featuring renowned fiddler Chris "Spud" Edwards and respected bassist Stu Davis, you may have seen the band play at venues and festivals across the country, alongside acts like Mark Chadwick from the Levellers, 3 Daft Monkeys and Show of Hands.

Spud's background in traditional music, along with the raw emotion of Charlie's songs and the rock and ska influences bought by Stu on bass combine in what one reviewer described as "essentially a folk power trio" remarking "theres a real drive to both band and sound".

2013 will see the release of their second album, the long awaited follow up to their highly praised debut release "Call To Arms".  Featuring a harder-edged version of acoustic led original songs, it marks out Thinker as the perfect antidote to the glut of fey, identikit "folk" bands.  After all, folk music is about what you have to say, not the instrument you play!

Thinkermusic is Thinker's record label.  As well as the Thinker releases, it managed the release of Charlie's solo album "Fall Out, Fall In" in 2012.

"Cutting a swathe through the south coast music scene with attitude”
"We have had some good bands on this stage, but that has just raised the bar to a whole new level"
“Driving fiddle and guitar work, with an emotional quality to the voice that conveys both sadness and joy”
"A passionate, powerful and at times political debut album, theres a real drive to both band and sound"